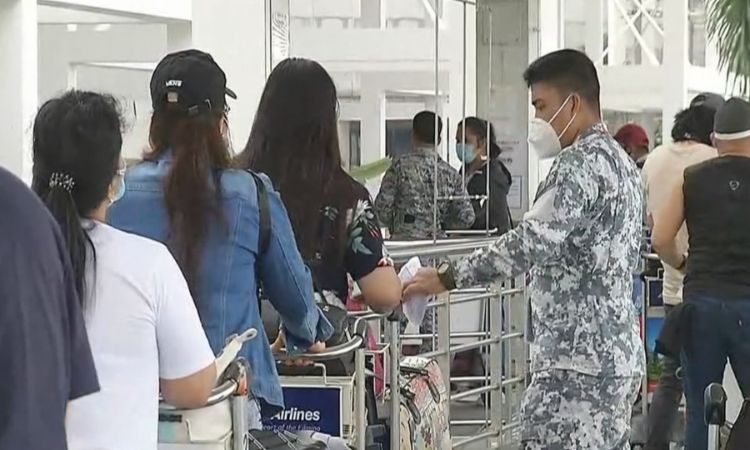 Metro Manila (CNN Philippines, October 16) — The government is lifting the ban on non-essential travel of Filipinos by Wednesday, October 21, subject to strict requirements.

Filipinos traveling abroad must present a confirmed round trip ticket as well as adequate travel and health insurance for tourist visa holders. They must also follow the existing rules for returning overseas Filipinos as they fly home, which involves undergoing quarantine in dedicated isolation facilities while waiting for a negative swab test result.

Those heading out should also sign an immigration declaration acknowledging the risks involved in traveling, as well as present a “negative antigen test result taken within 24 hours before departure,” which Roque said is subject to Department of Health guidelines.

As of Thursday, national COVID-19 task force chief implementer Carlito Galvez, Jr. said the antigen test pilot study in Baguio City is still under evaluation before the system can be adopted widely.

DOH rules as of October 6 allow the use of rapid antigen testing (AgT) as an alternative to PCR tests for suspected cases, including symptomatic and asymptomatic close contacts who fit the definition. The cheaper and faster tests may also be used for probable cases in a community or hospital setting with insufficient PCR testing capacity, places where a quick turnaround time is needed for patients, or during incidents of a community outbreak “for quicker case finding.”

The government is also allowing travel agencies and tour operators to reopen even in Metro Manila and other areas under general community quarantine effective October 16. Operations are capped at 50% for GCQ areas but full capacity is allowed when the agency is based in provinces under modified GCQ, according to latest rules from the Trade department.

Also on Friday, the IATF lifted a standing ban for people traveling from a GCQ to an MGCQ area even if not for official or work purposes, effectively easing general restrictions on local and international movement among Filipinos.

All activities must still observe minimum health standards, such as the wearing of face masks and face shields, social distancing, and proper handwashing.

The administration has moved away from its “stay home” campaign to ask Filipinos to head out to spend and shop – a last-ditch effort to breathe life into the economy amid a pandemic-induced recession.